Towards the end of Year Eight, each year the boys are challenged to design and construct a catapult!   Often it is the first time that students have used a power drill or used a saw or hammer (some remember the hammers at kindy!).  The teachers decided that it would be great to have a simple project that incorporated all of the woodwork skills so that students could learn how to use these tools accurately and safely.


A couple of weeks before the end of term two, the two Year Eight classes began to construct their own bird feeder.  The first session was spent carefully measuring and ruling up their wood.  They knew that it was critical that this first stage was exact. 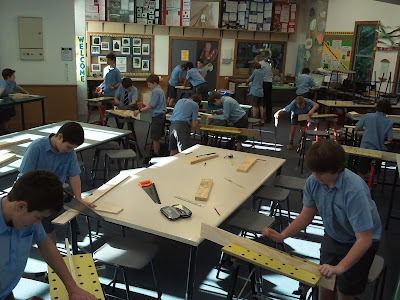 Boys were given two pieces of wood and then once they had completed their measuring they began their cutting.  The next sessions were spent using the power drills, hammers and screwdrivers constructing their bird feeders.  Suddenly the importance of being accurate became very obvious to the boys. 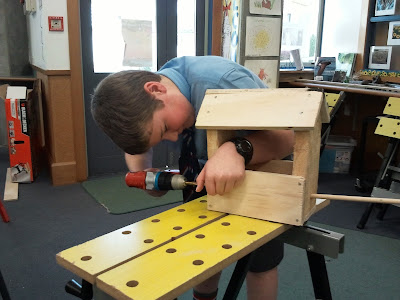 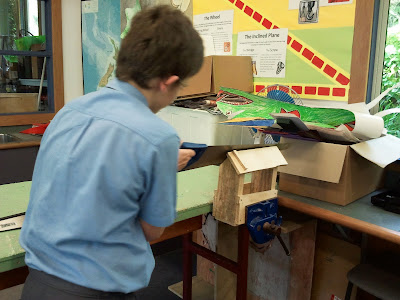 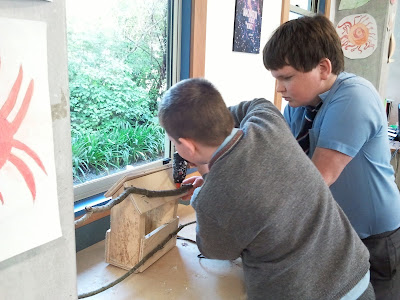 It was really great to see boys enjoying the challenge and taking the time to get things right.  There was plenty of problem solving and helping each other out.  It was obvious they enjoyed the task, it suited their abilities and at the end of it they had something to take home and feel proud about. 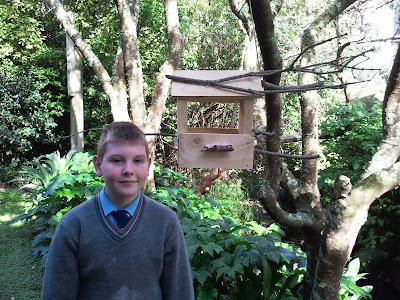 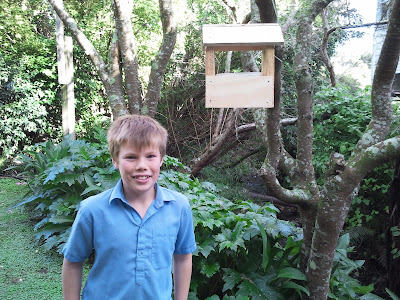 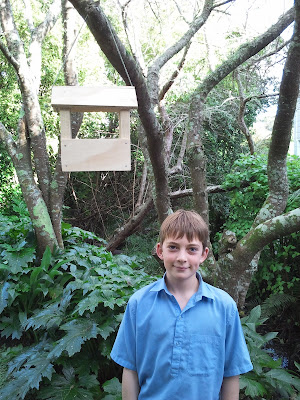 Boys from 8P and 8B with their finished bird feeders. 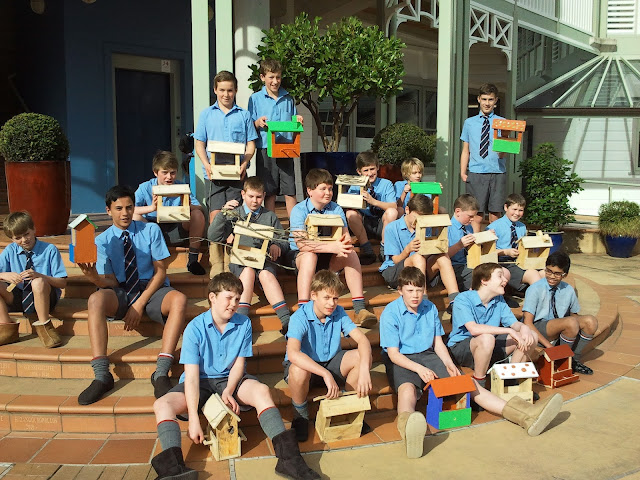 Mr B gave his class a challenge; who could send in a photo of a bird using their new feeder.  Needless to say, the next morning two photos had arrived ... 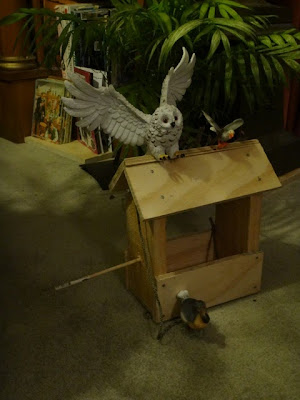 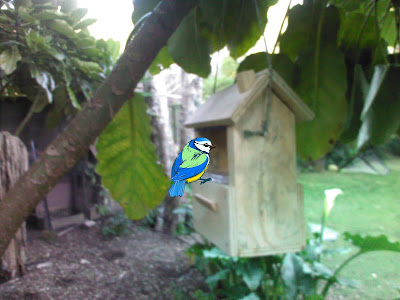 "He never said it had to be a real bird."
Nice pics Atom and Albie!

Posted by Wellesley Science and Technology at 15:05 No comments:

We had two very noisy and very fun sessions with Year One a couple of weeks ago.

We spent the sessions exploring sound.  What is it? How does it travel? How is it made?

After making sounds and sharing our ideas about sounds and how they travel, boys were put into pairs and each pair got to make their own string telephones.  I can remember doing this in my childhood so it was fun to do this activity with our five year olds.  After taking much care not to tangle the strings, each pair were able to make their phone and have a go at speaking and listening using it.  The important part was to make sure they kept their string tight. 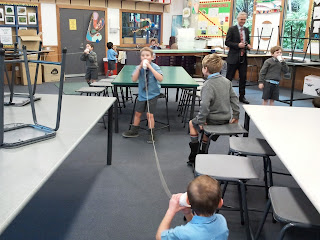 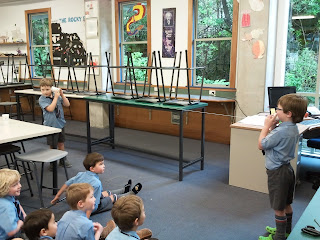 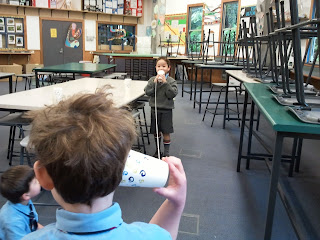 We also experimented making sounds with different objects and parts of our bodies.  It was great to see the boys realise that sound involved some sort of movement and vibrations.  We looked at different musical instruments and completed some experiments using drums and rice bubbles! 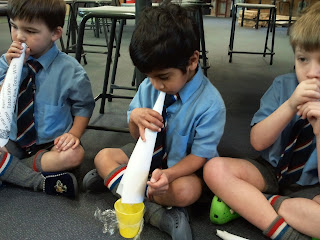 To finish off, we made simple flutes using drinking straws.  The boys thought the 'duck call' sounds were hilarious - and even more so when we cut small holes for their fingers to cover, just like a simple recorder. Then they were sent back to class to share their small flutes with their classroom teacher... 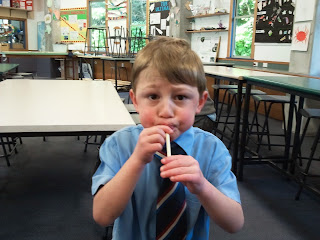 Posted by Wellesley Science and Technology at 21:30 No comments:

It's now the end of term two and there's still a couple of posts I need to write.  This term has certainly been busy and the year groups have covered a range of science areas.

Year Seven completed a study into Forensic Science.  I was lucky enough to join them on their trip to the National Police College here in Wellington.  We spent a really interesting morning with their education officer who was really well prepared for our visit.  Boys had a go at; fingerprinting, guessing the mystery substance by conducting simple experiments, wearing the new bullet-proof vests, completing a quiz using information from the exhibits within the museum and they had an opportunity to ask lots of questions about real crime and criminals.  It was an excellent and worthwhile trip. 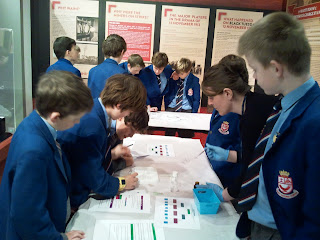 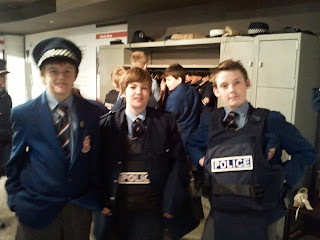 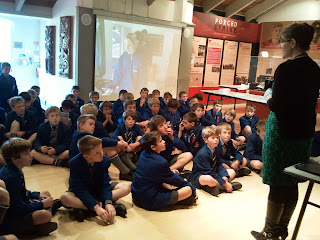 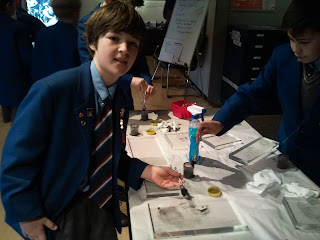 After the trip, classes completed some study within their own classroom and then they came to the science room to try a few of their own forensic experiments.  We learnt about the patterns in fingerprints and how to take a fingerprint.  Then each class played a game of Whodunnit - out of a total of 12 different groups, nine were able to correctly identify the criminal through carefully studying and picking the correct fingerprint. Impressive results!
Another day, classes were organised into groups and this time they looked at fibres and fabrics.  After learning some simple information, each group then got to burn samples of fabric and using a guide, they attempted to identify what sort of fabric each sample was.
The classes also had another activity where they learnt about chromatography and experimented using filter paper and various pens. 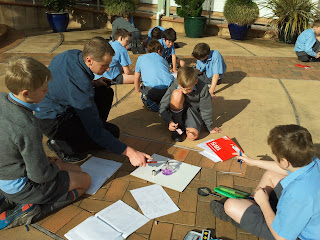 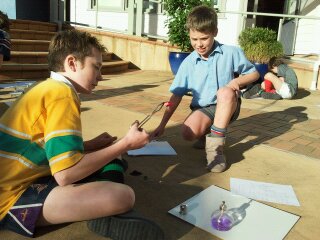 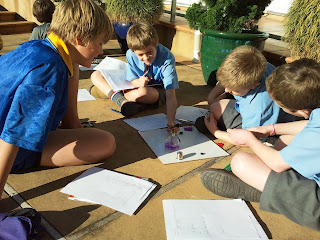 Posted by Wellesley Science and Technology at 21:15 No comments:

Other Interesting Technology and Science Sites