Today we got an unexpected visit from Dan and Billy from Campbell Live.  This week they are doing a series of interviews with kids from around Wellington who are entering the NIWA Wellington Science and Technology Fair.


Toby and Tim were interviewed about their  mousetrap catapult investigation.  The boys got to explain why they chose their topic and then got to fire their catapults across the room for the camera.  Nerves aside, it was fun and an interesting experience for them. 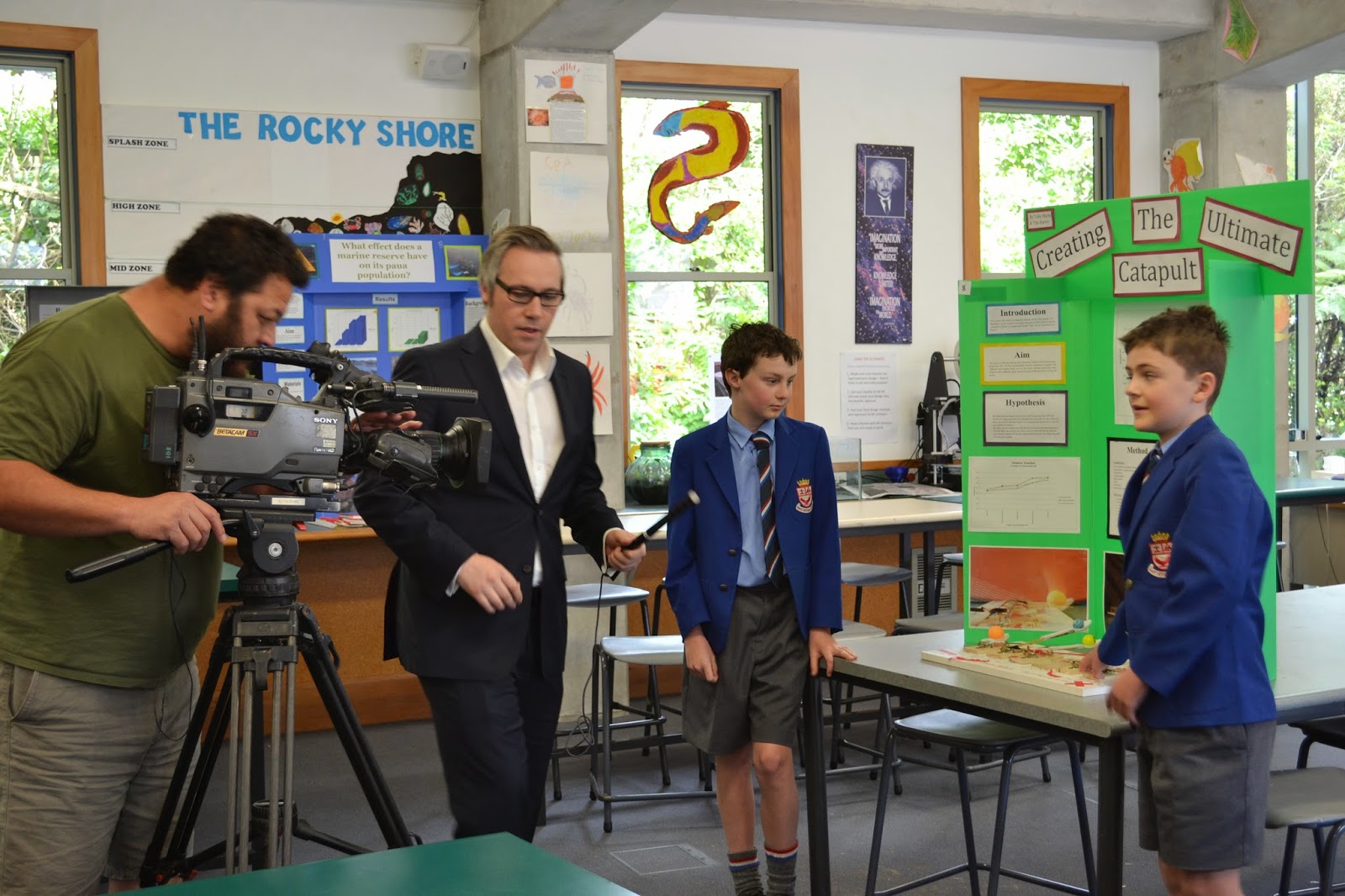 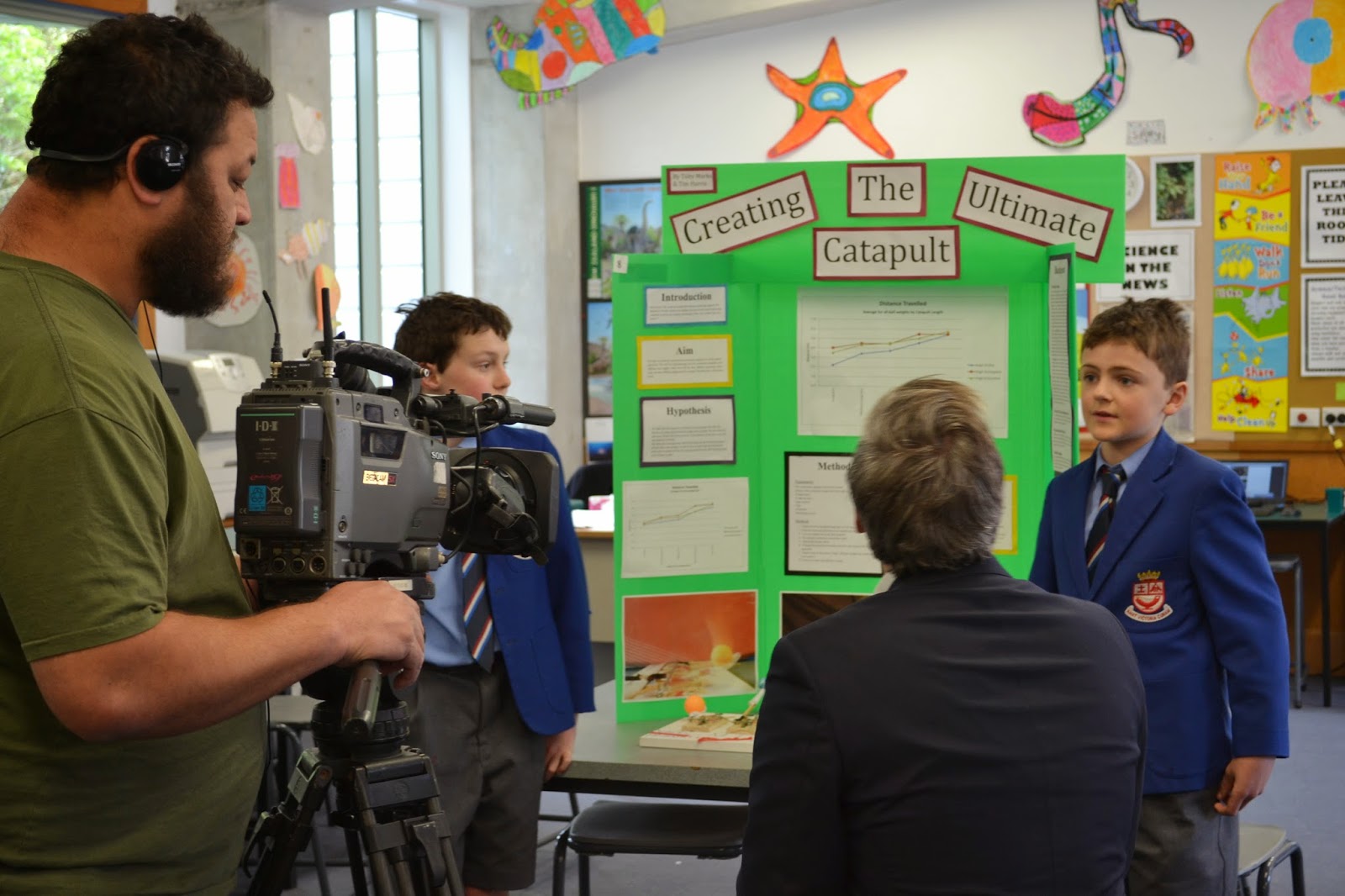 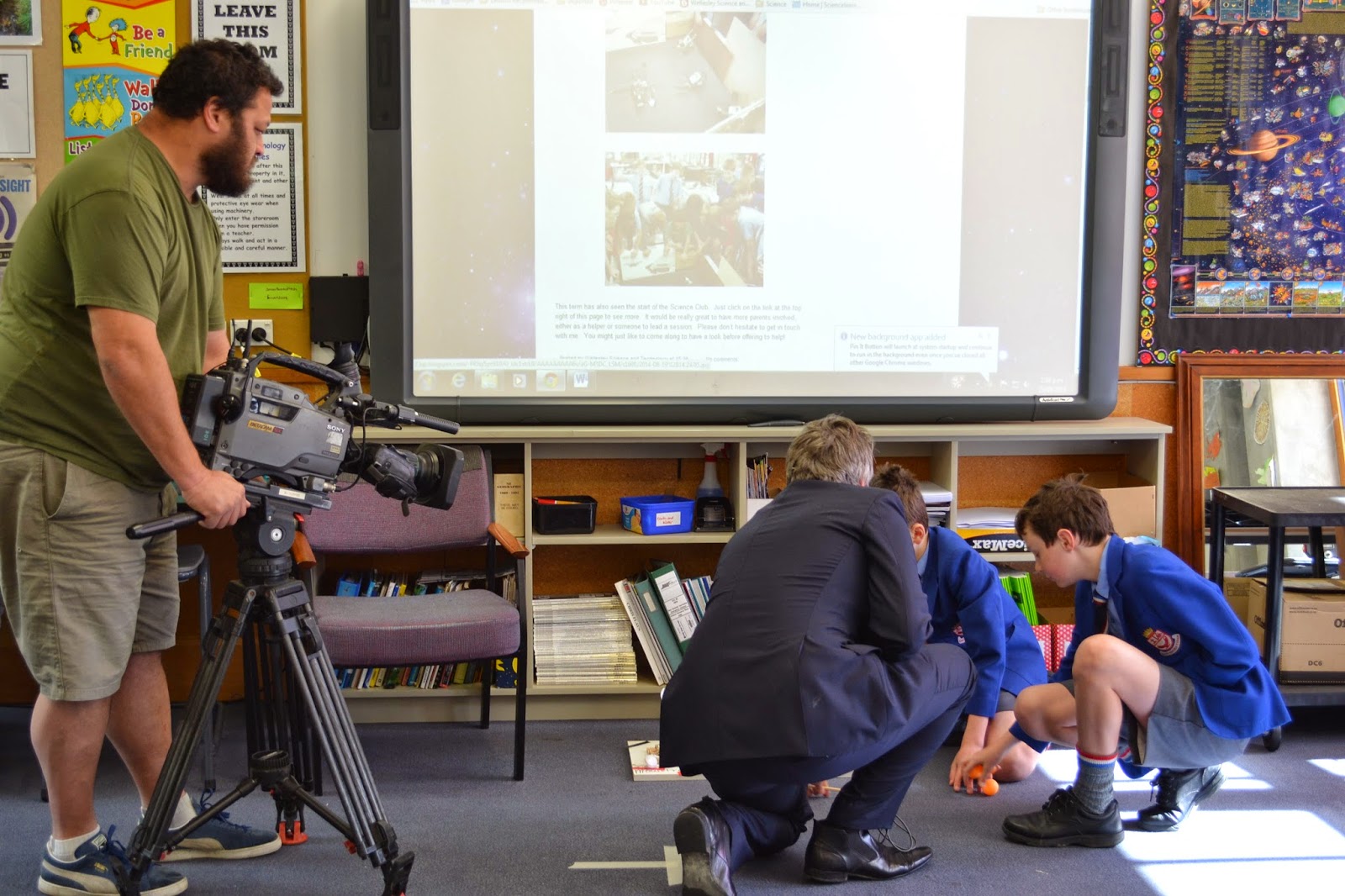 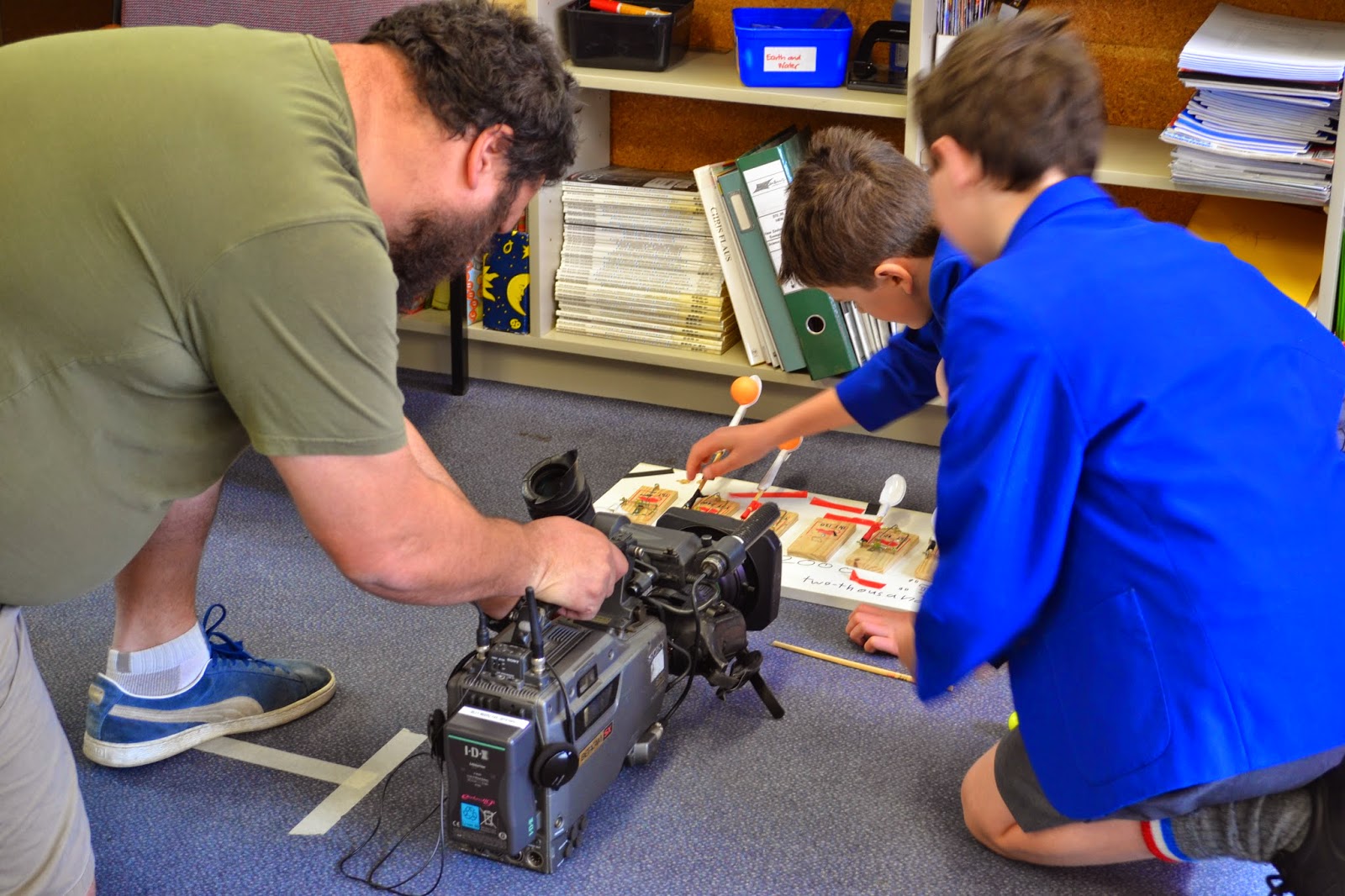 Dan also interviewed Bede who won our school competition.  He looked into the impact the Taputeranga Marine Reserve has had on the paua population and compared his results with the paua living outside of the reserve. 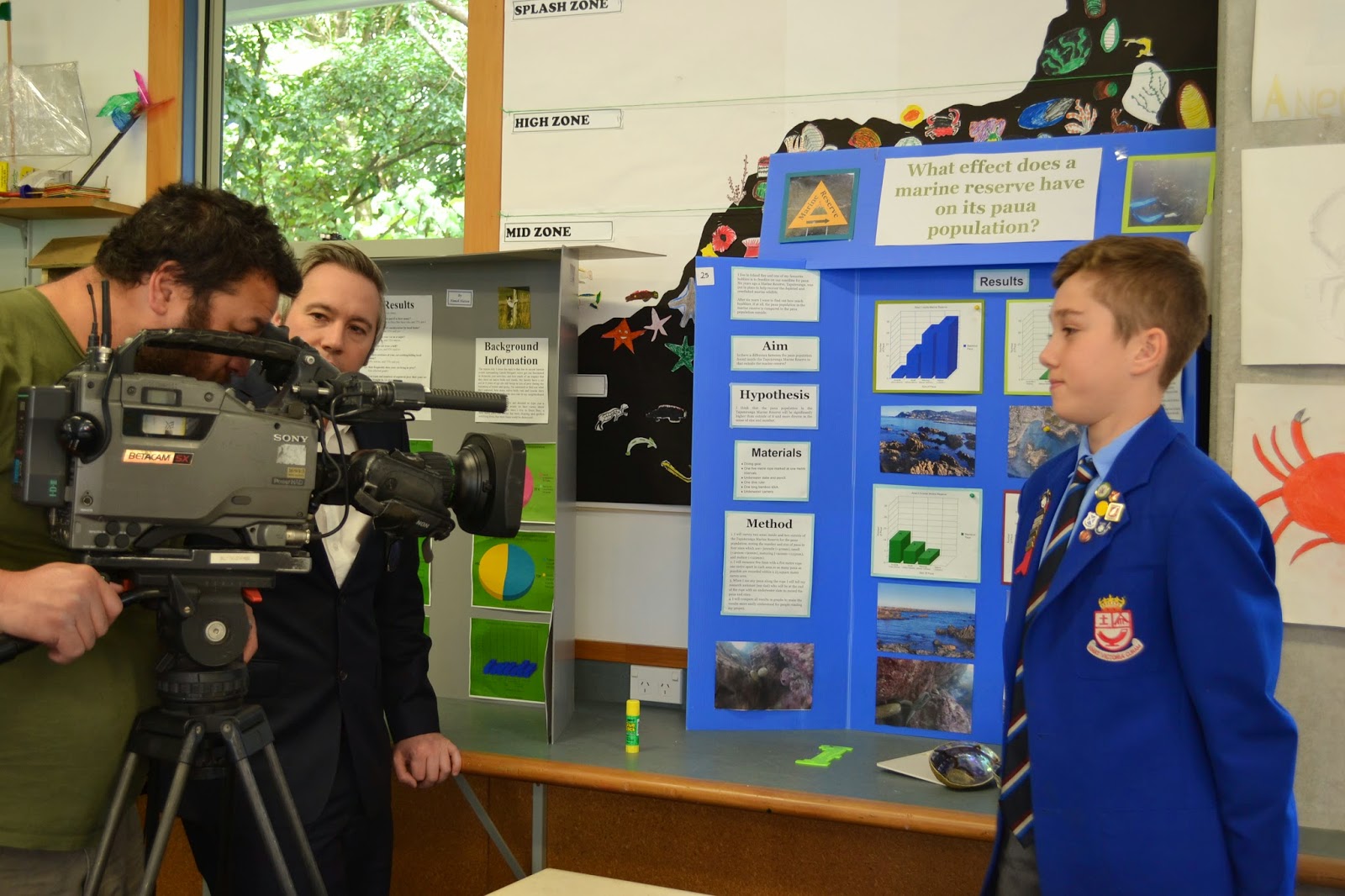 Posted by Wellesley Science and Technology at 19:50 No comments:

After the all of the science learning around the school last term, it’s been fun to get into some technology and lots of robotics.

In the junior syndicate, classes have been coming to the science room and we’ve been making periscopes.  The boys have found it quite challenging but they’ve been determined to do a good job and as a result, they’ve been really pleased with how their periscope has turned out.  They’ve had to measure, stick, cut, score and tape really carefully and accurately.  They seem to have really enjoyed this and it was great to tie it in with the anniversary of the start of World War 1.  We talked about how the soldiers used periscopes in the trenches and more recently, their use in submarines. 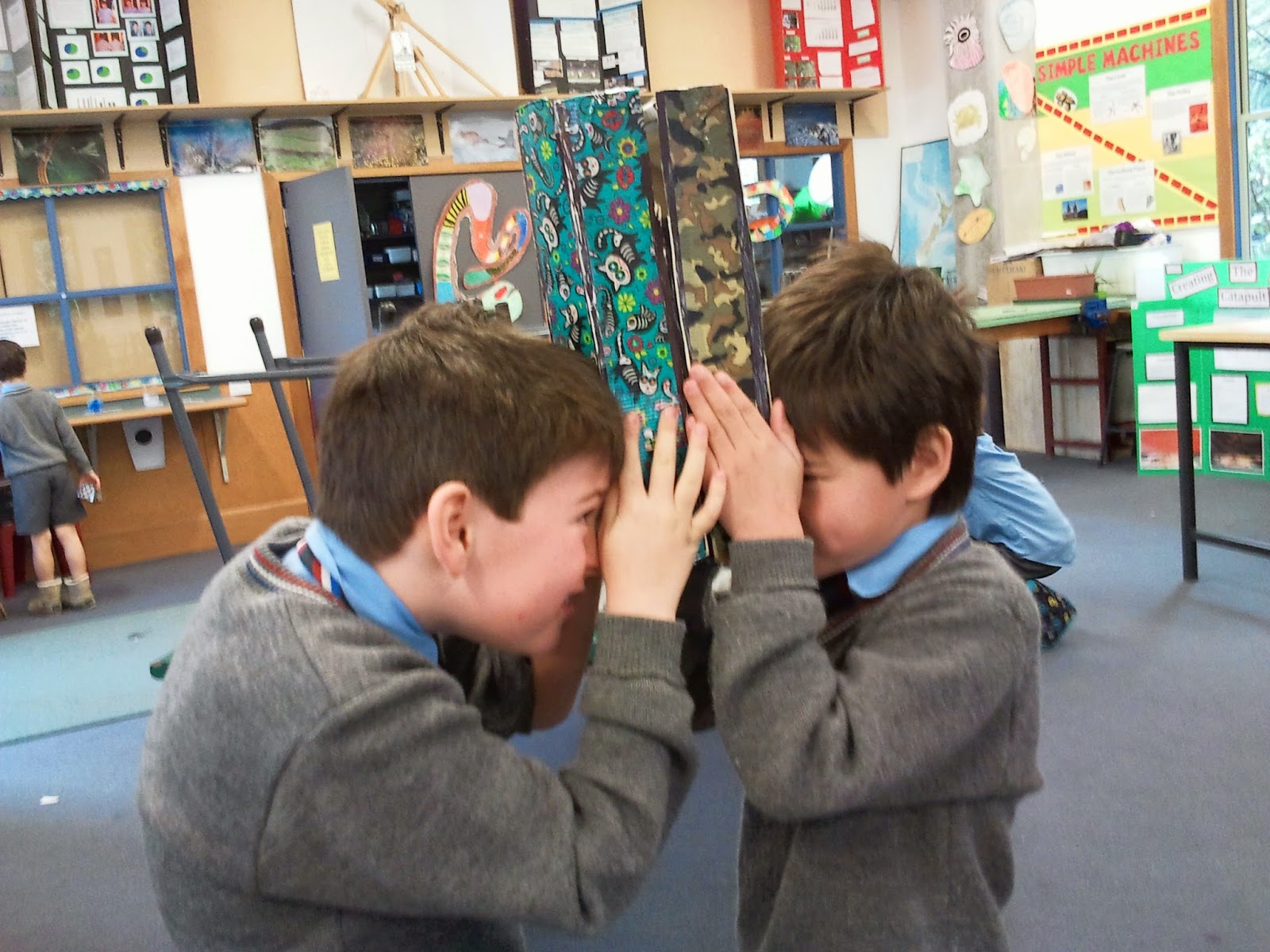 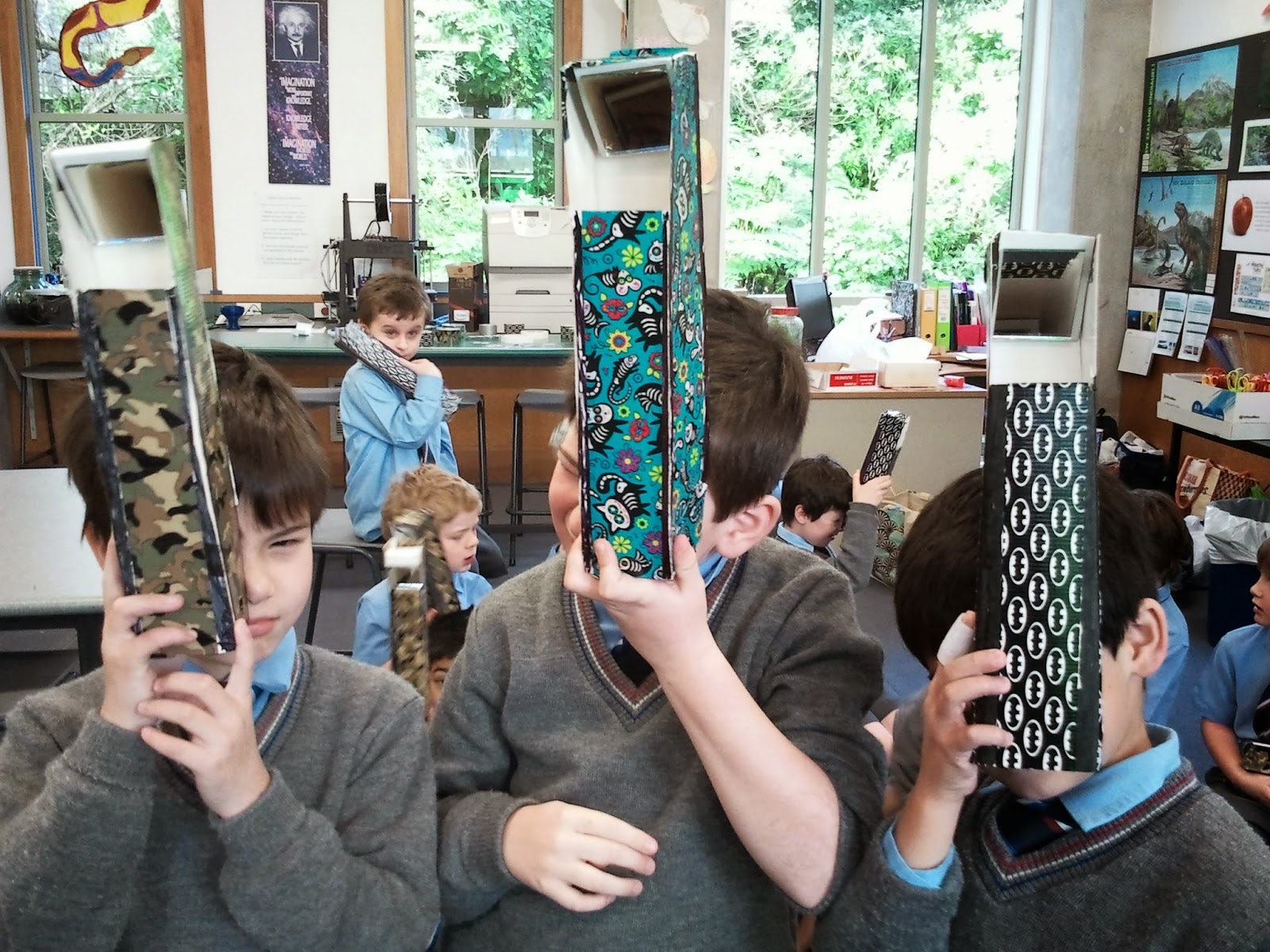 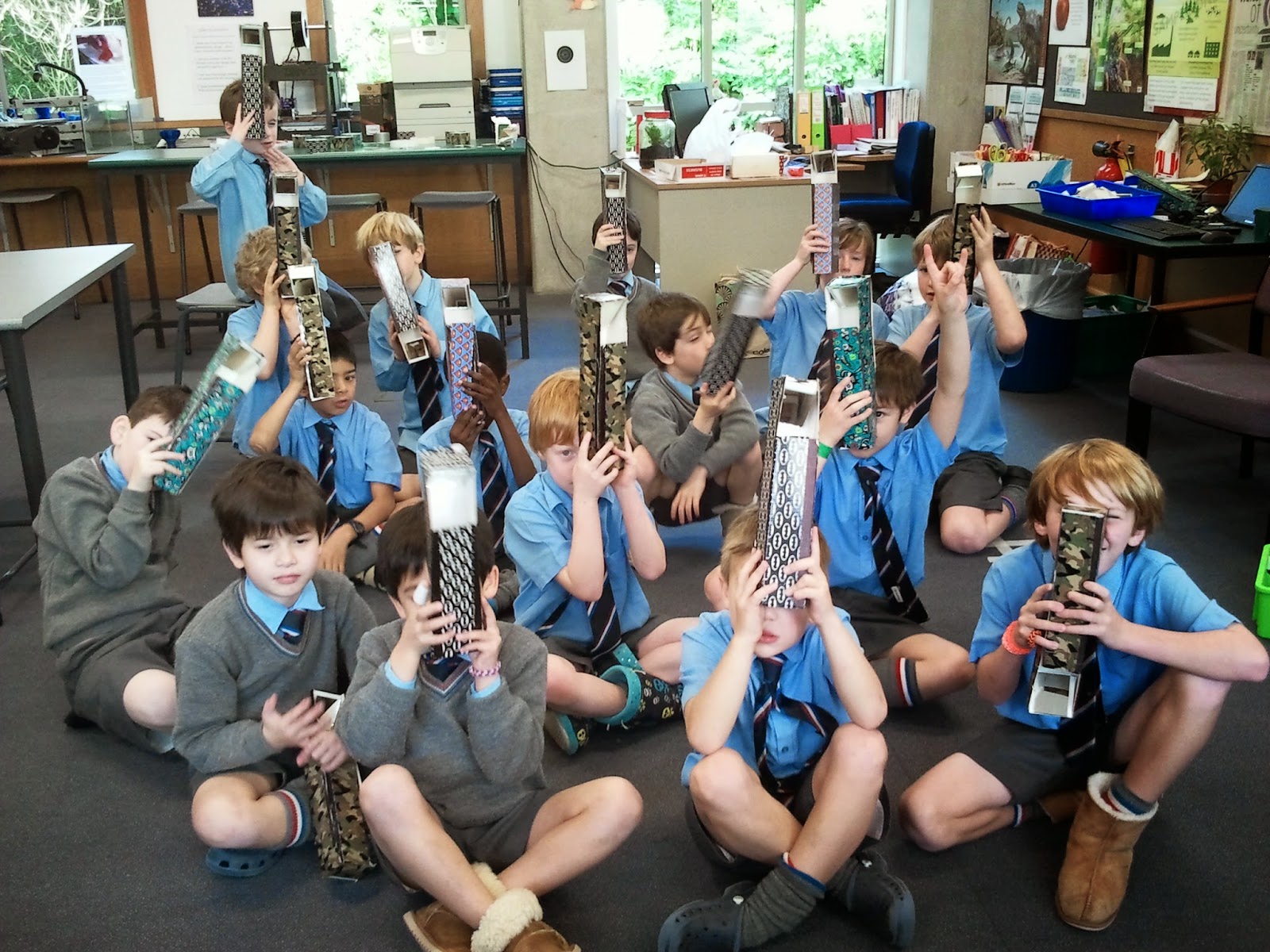 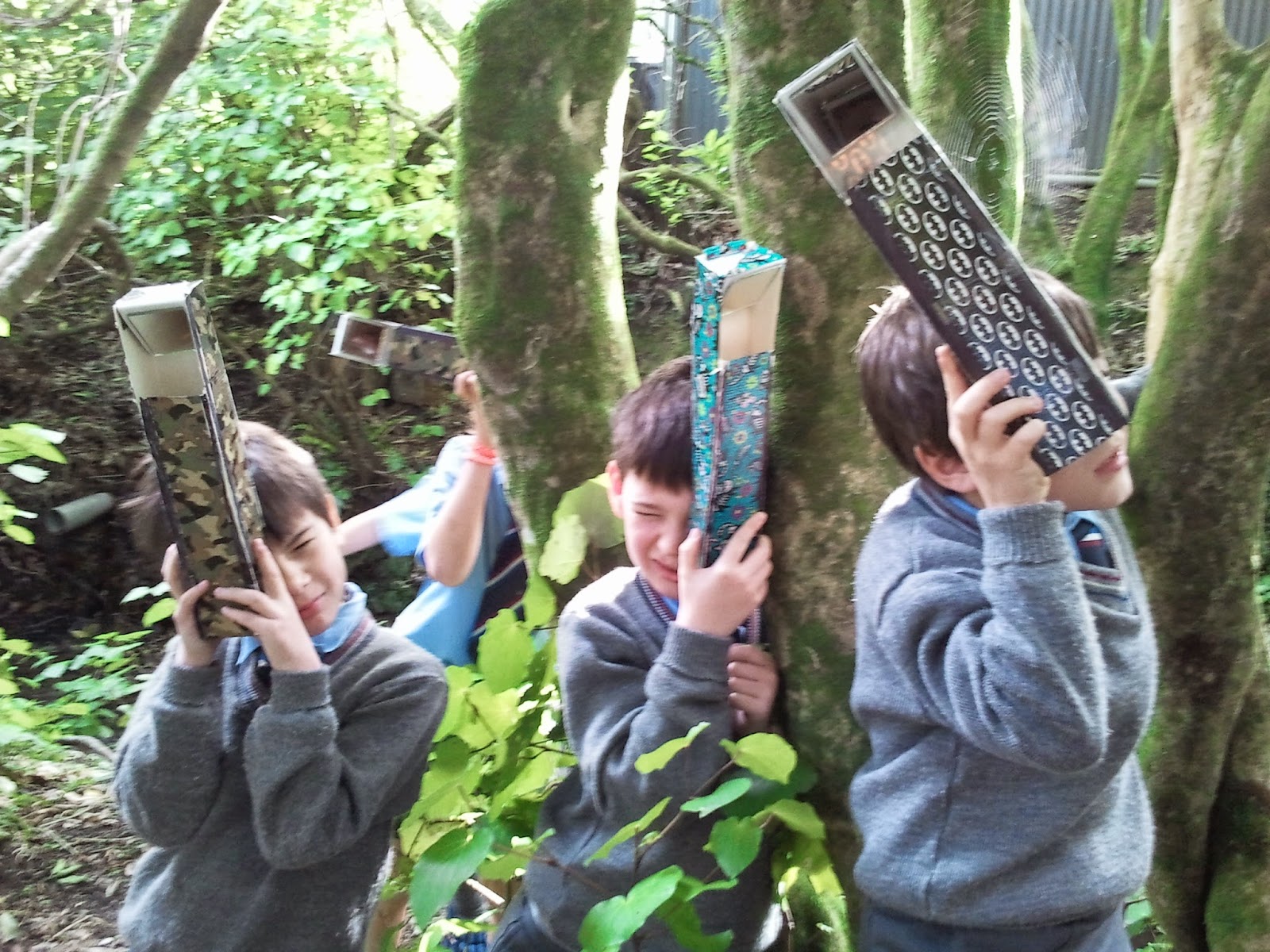 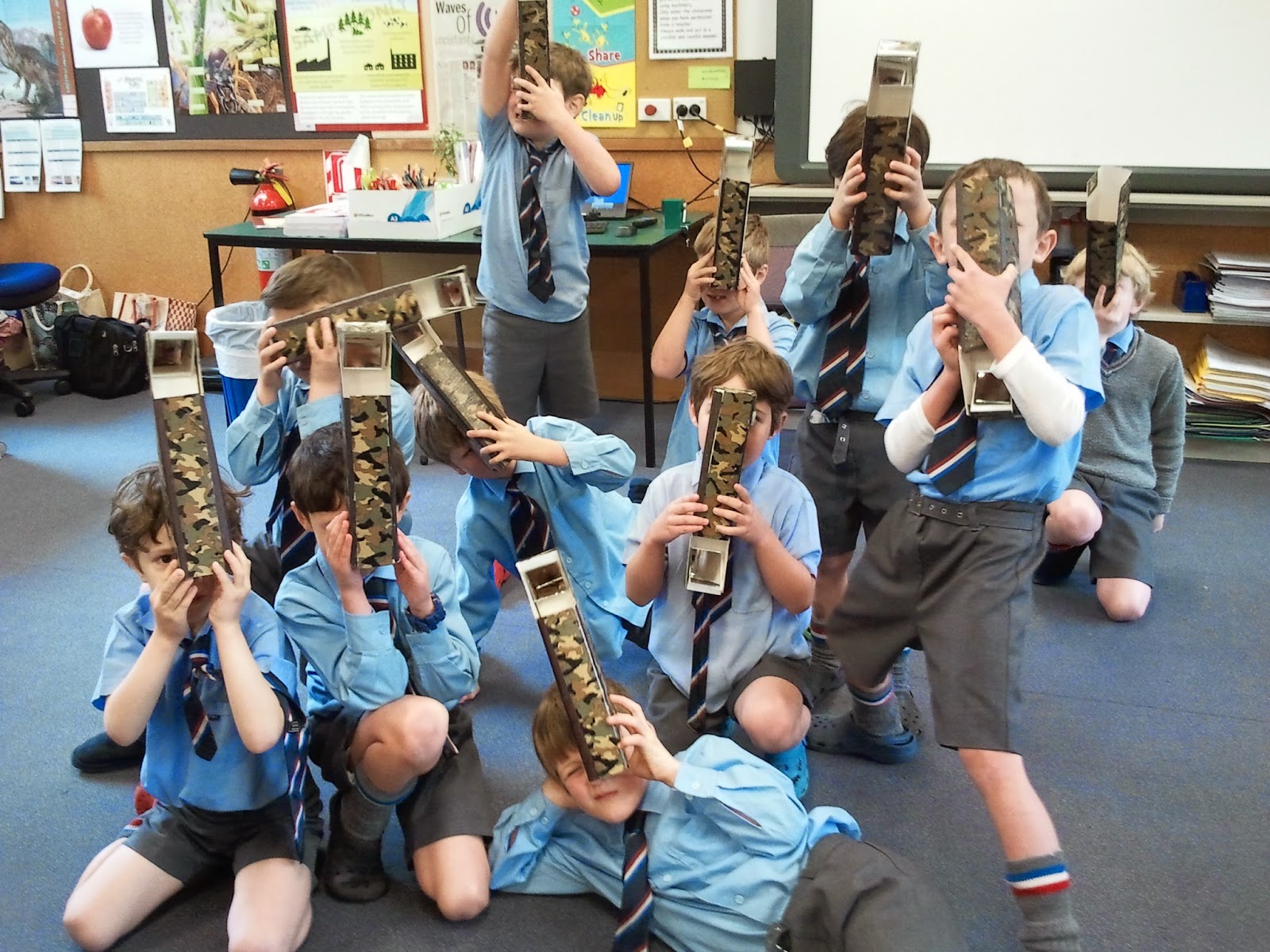 Classes are enjoying their sessions with the robotics.  Some classes are just starting and others are having a second round of sessions.  7/8T have really made the most of the creative side of the robotics so after a series of challenges, they convinced me that a battle would be great.  Typical boy stuff!  So we planned a tournament where pairs of robots would challenge each other.  The students had to programme their robot to move continuously around the ‘battle field’ and they had to programme a touch sensor so that when their robot hit a wall, it would reverse back and then turn around and move off in a different direction.   Needless to say, it was a very noisy and very fun session.  I’m sure they could hear us from down on Williams Park! 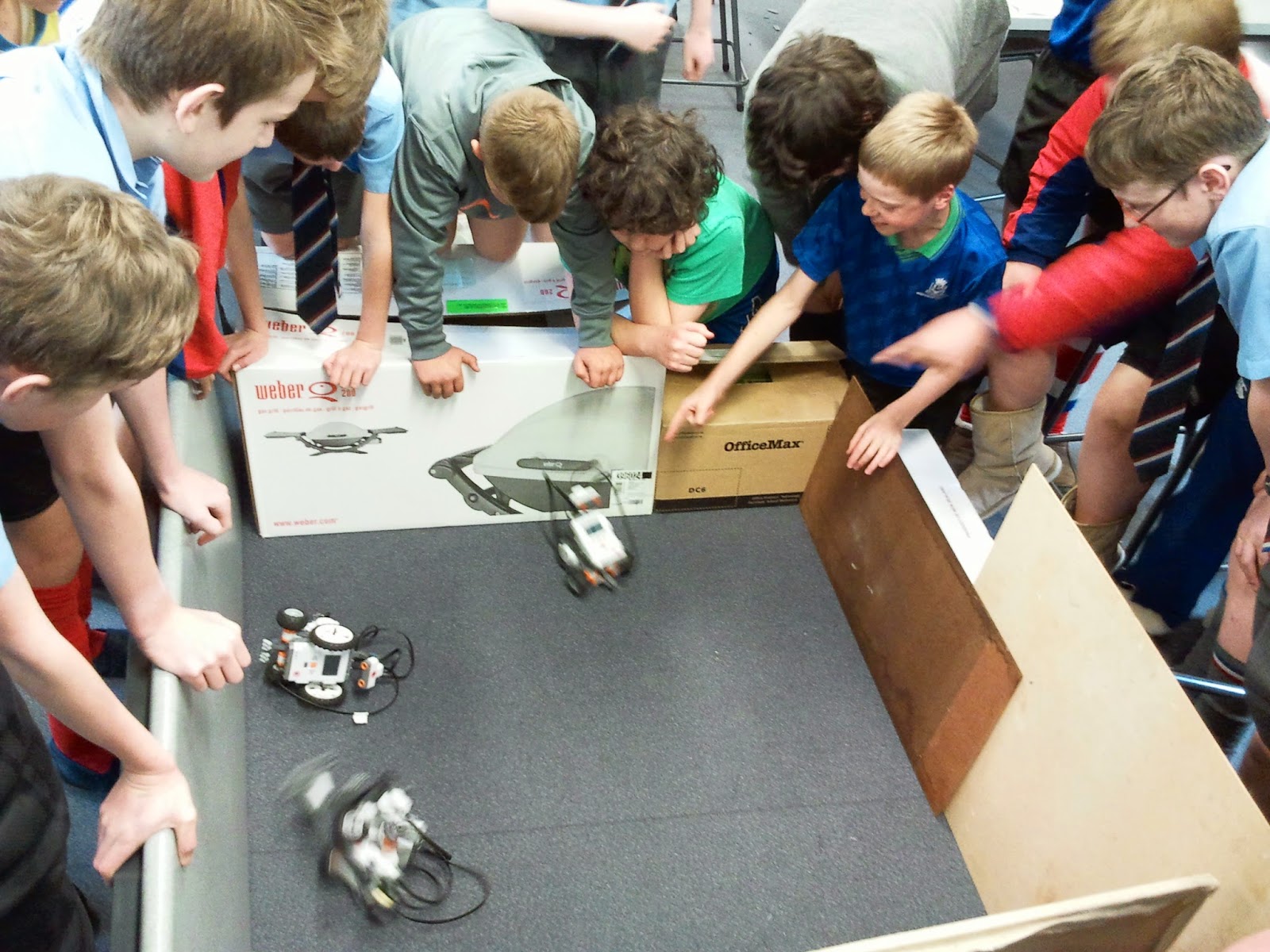 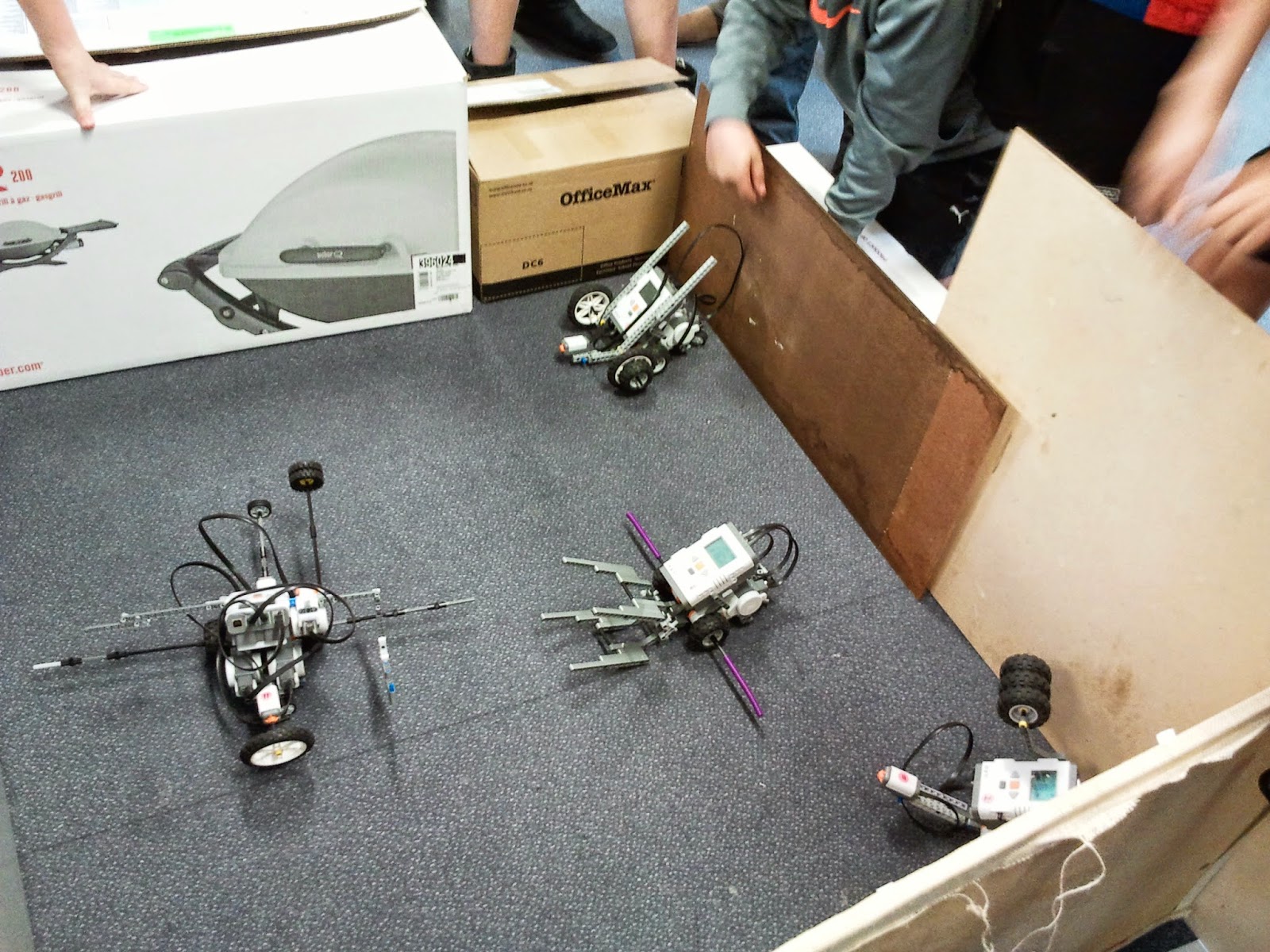 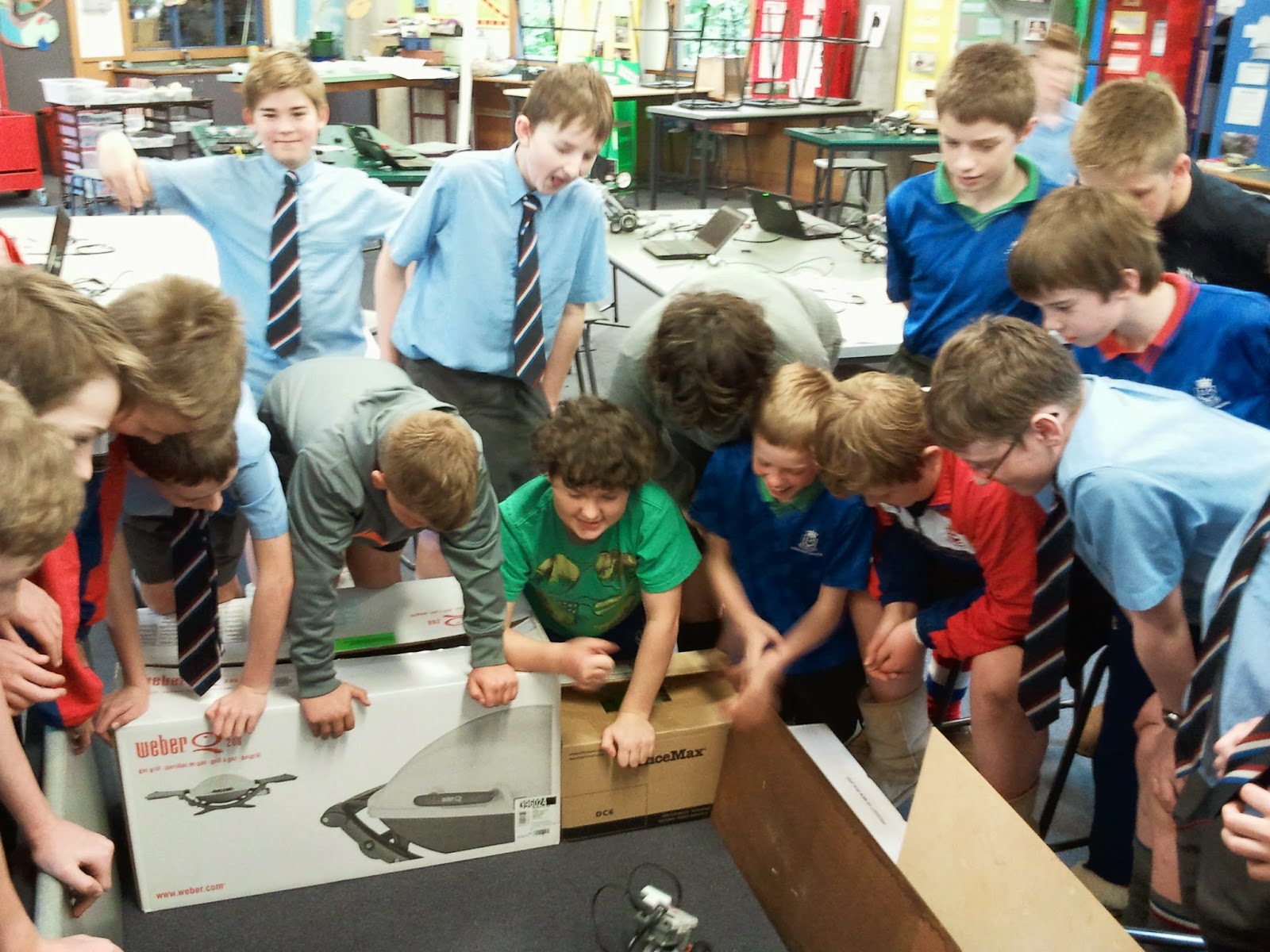 This term has also seen the start of the Science Club.  Just click on the link at the top right of this page to see more.  It would be really great to have more parents involved, either as a helper or someone to lead a session.  Please don’t hesitate to get in touch with me.  You might just like to come along to have a look before offering to help!
Posted by Wellesley Science and Technology at 15:36 No comments:

Our Science Fair Evening and Finalists

At the end of the term we had a fantastic afternoon and evening where everyone in the school had some science work on display.  Parents and family members came along to have a look and celebrate our science learning.
There were lots of displays in junior and middle syndicates classes and it was obvious the boys had lots of fun finding out about an area of science. 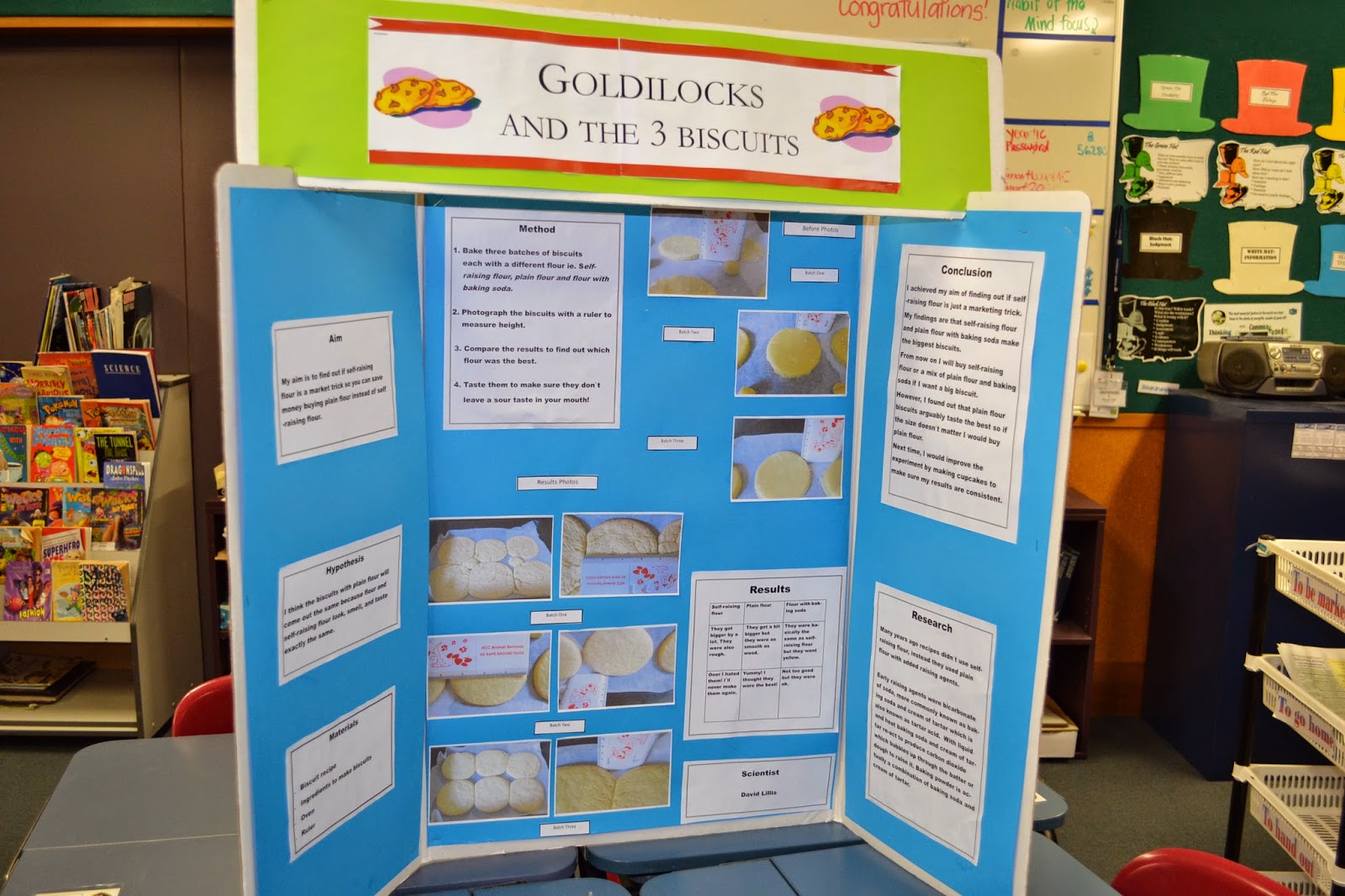 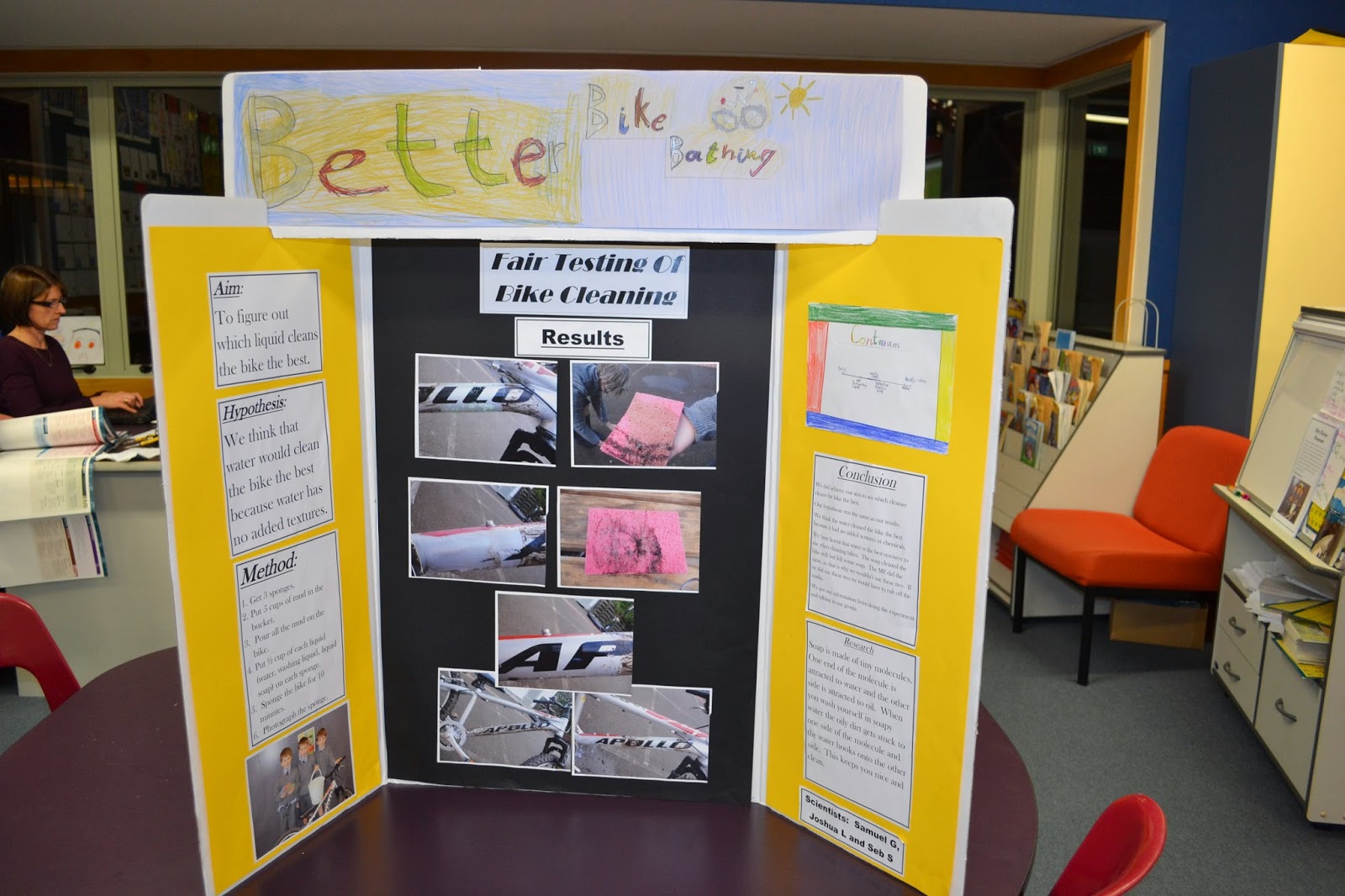 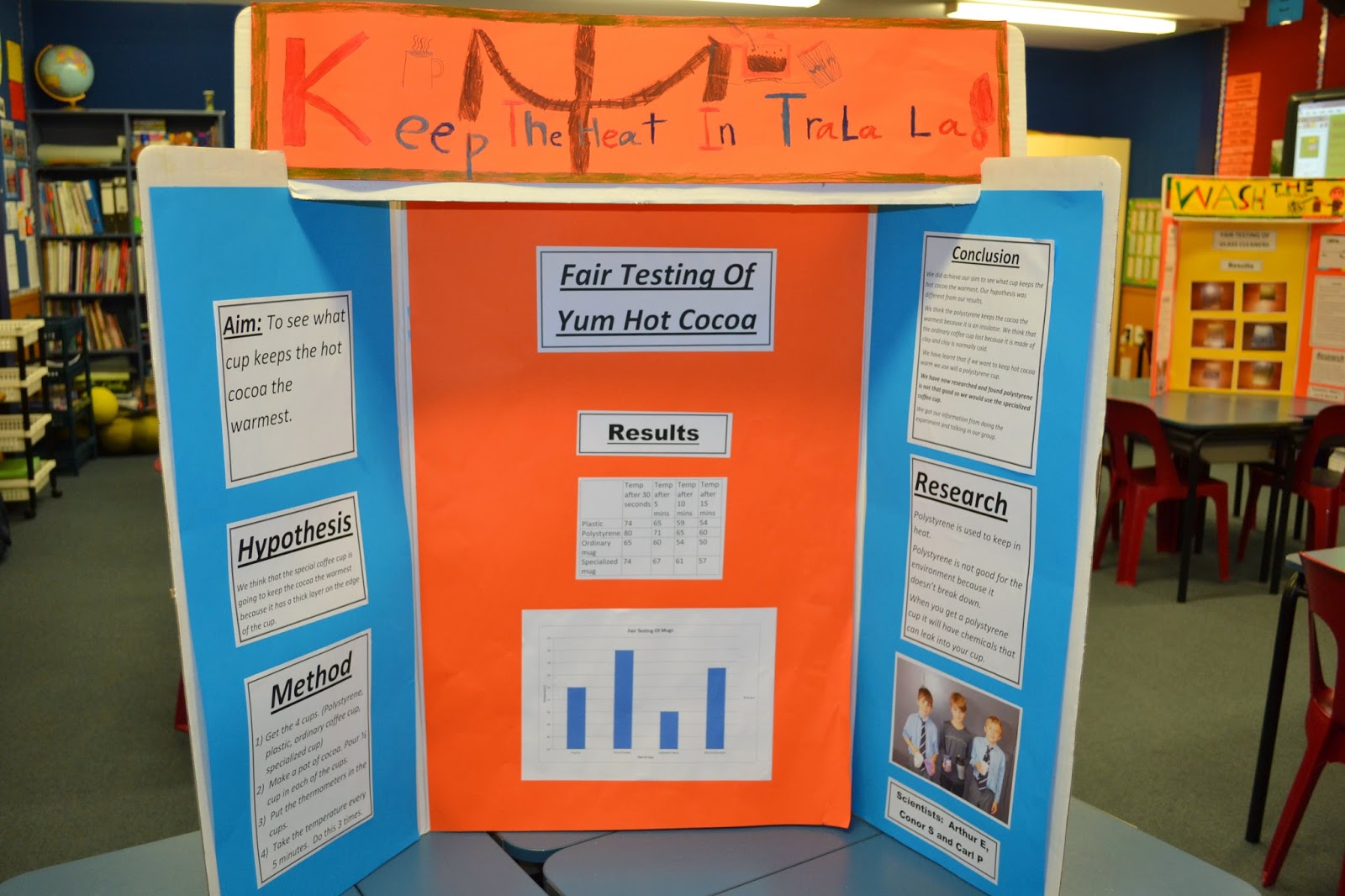 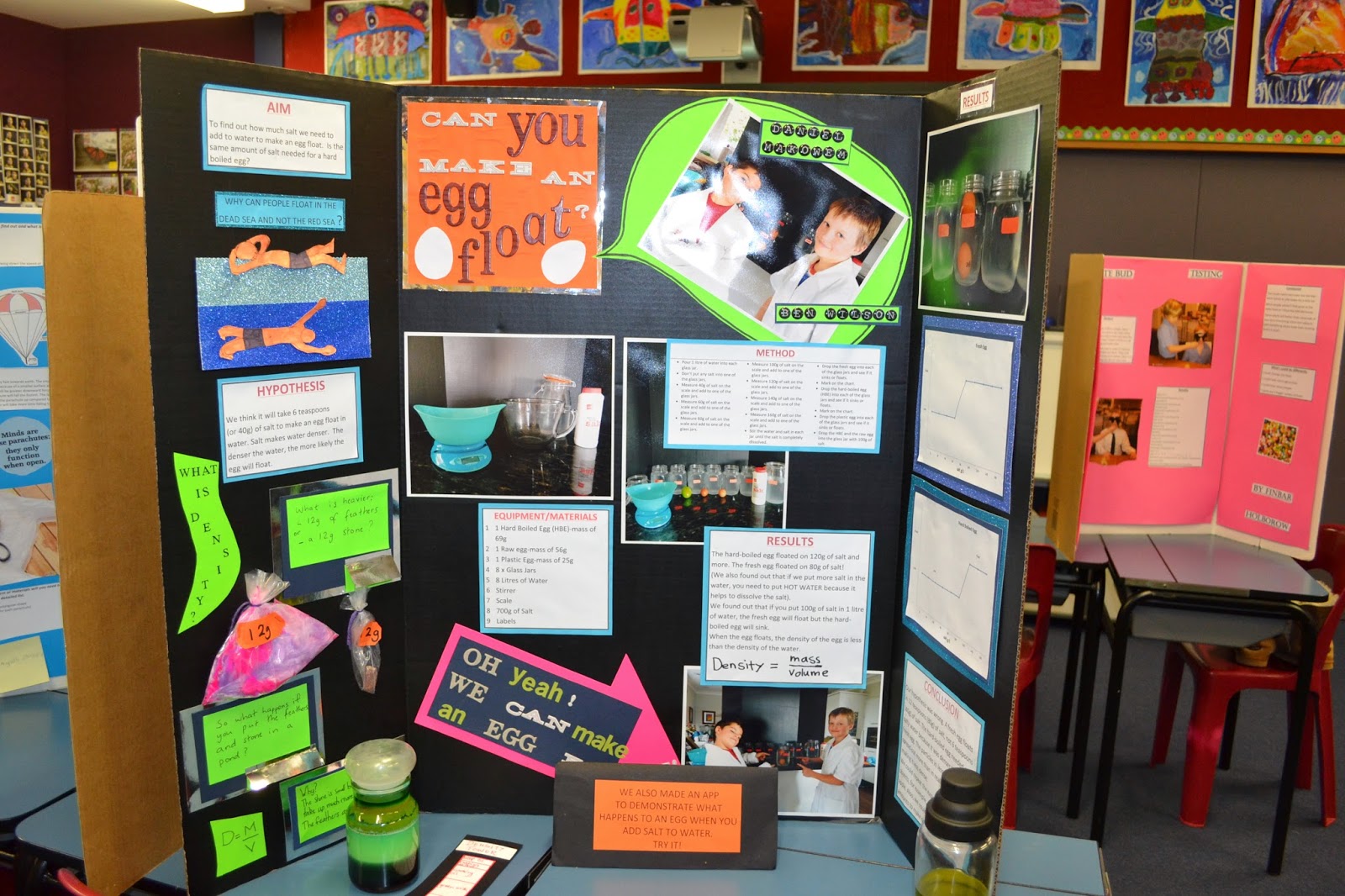 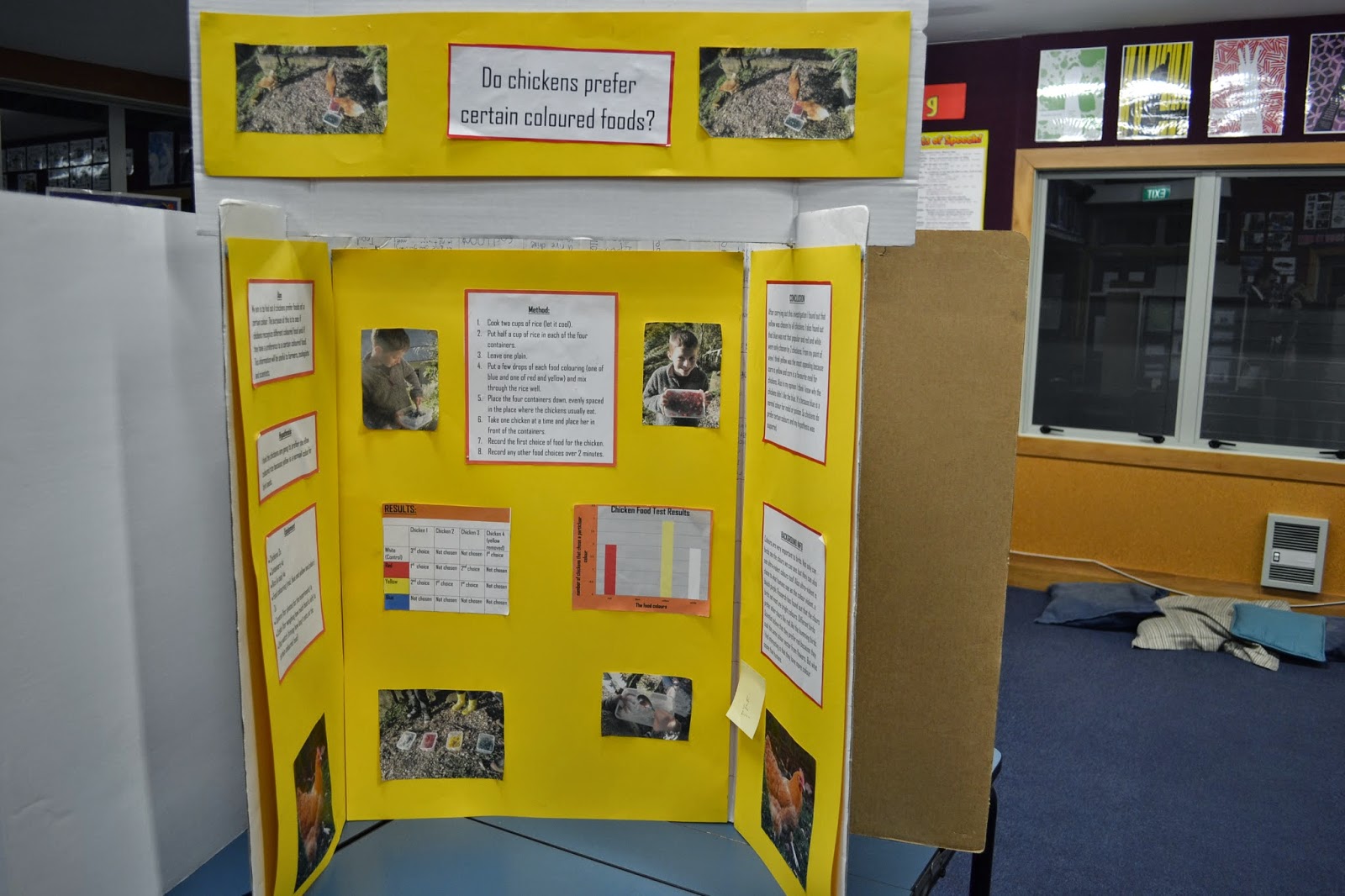 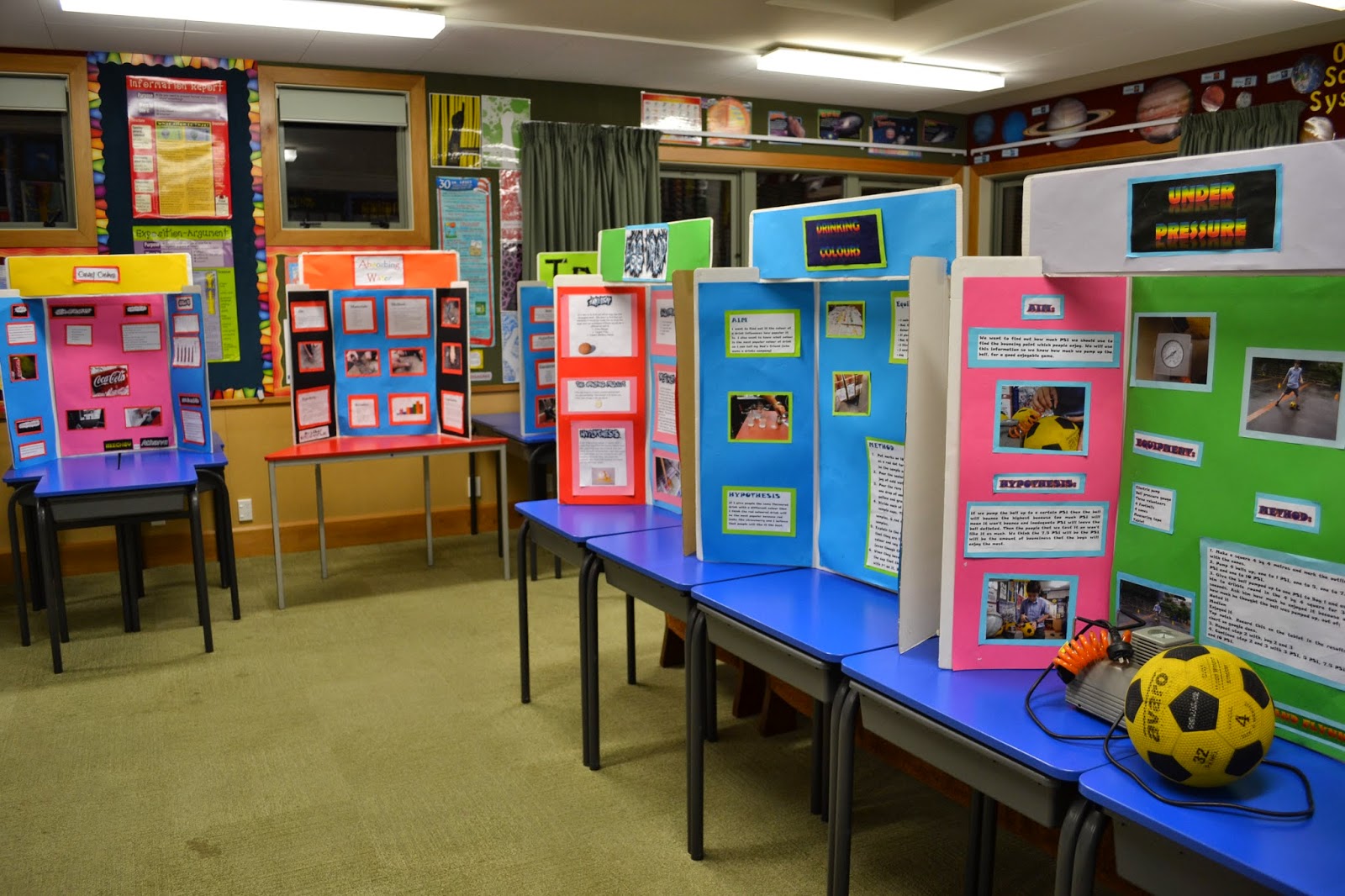 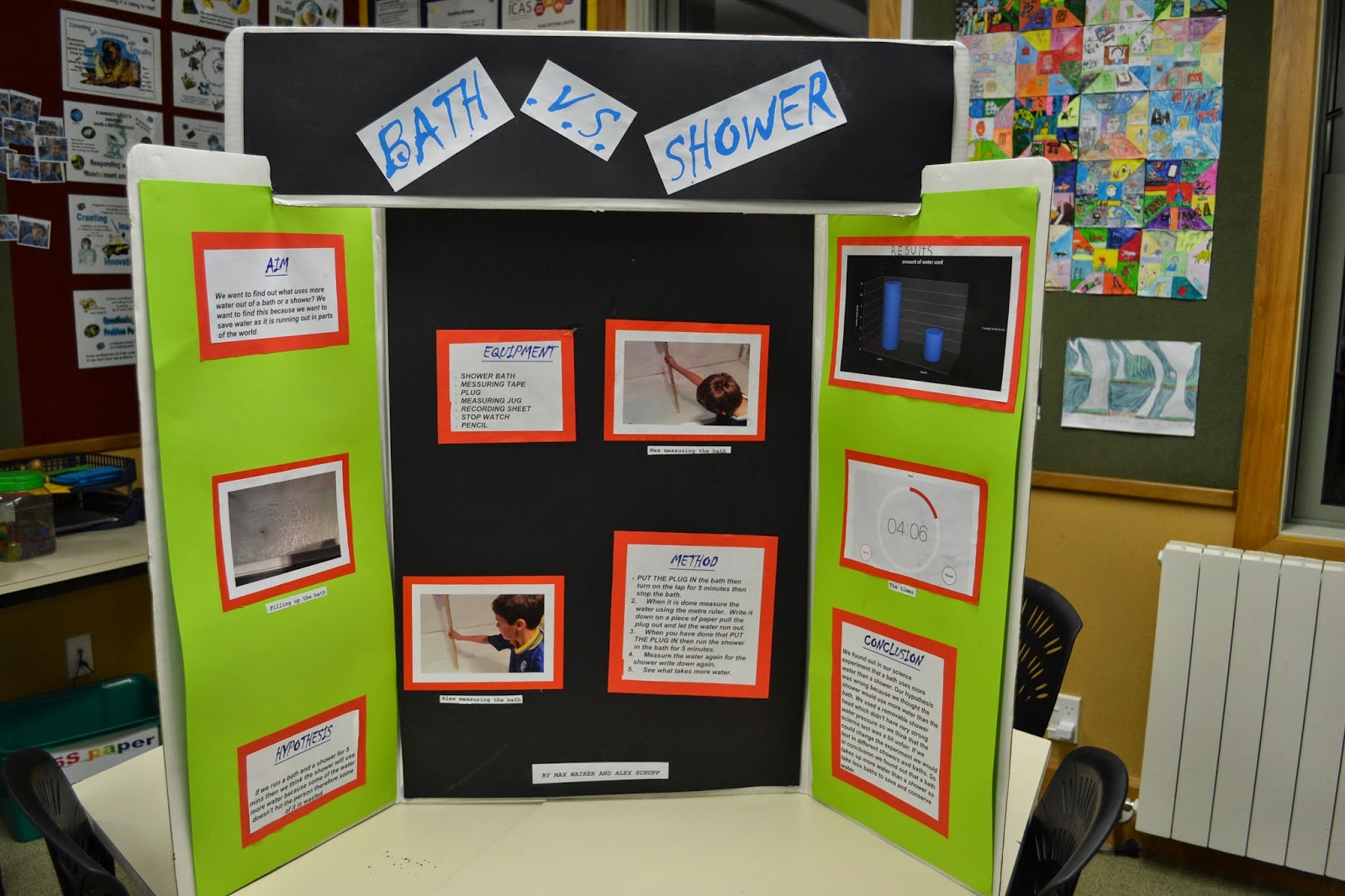 In the evening we had our science night.  We had a guest speaker, Megan, who is a scientist who works at Whittakers Chocolate Factory.  She has the great job of creating new flavours.  The boys found her very interesting and she made it obvious how science that is done at school does lead on to careers in science. 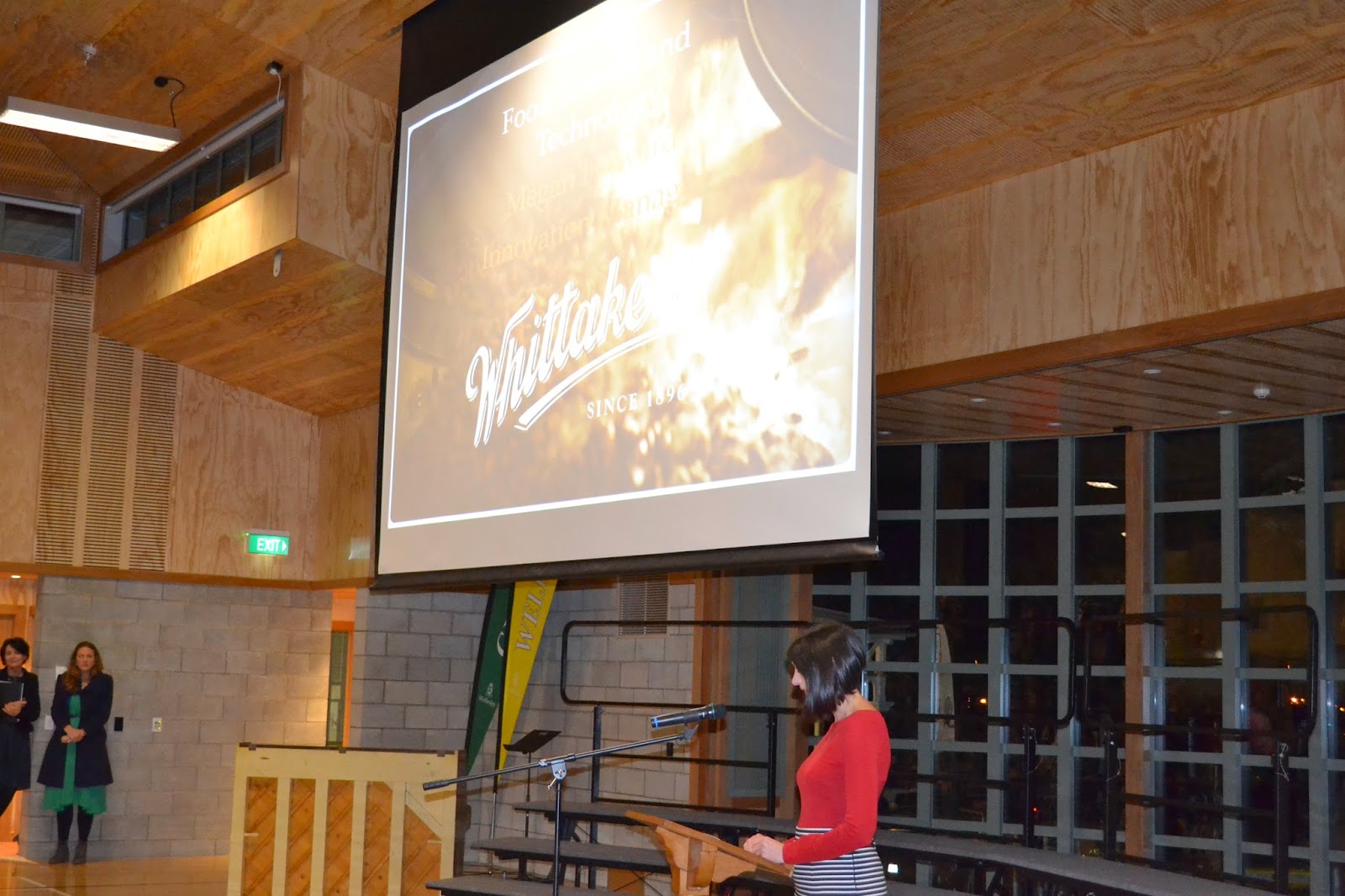 Megan also helped to present our senior school science finalists with their certificates and prizes. 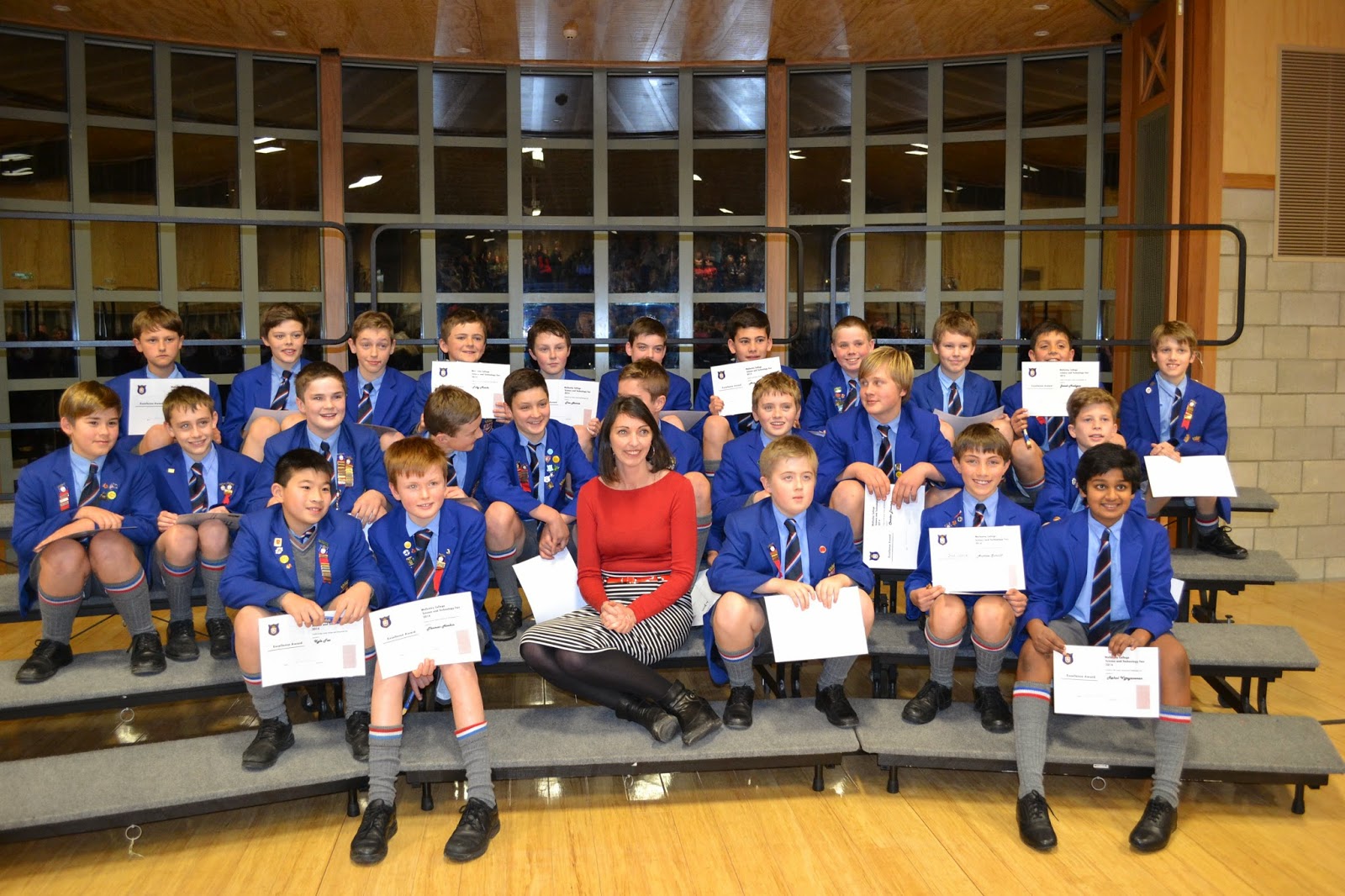 Congratulations to Bede Brown who got 1st place, Andrew Sutcliffe 2nd place and Alex McKenna and Louis Stevens 3rd equal.  Congratulations to the other 23 students who will all go on to represent Wellesley at the Wellington Regional Science and Technology Fair. 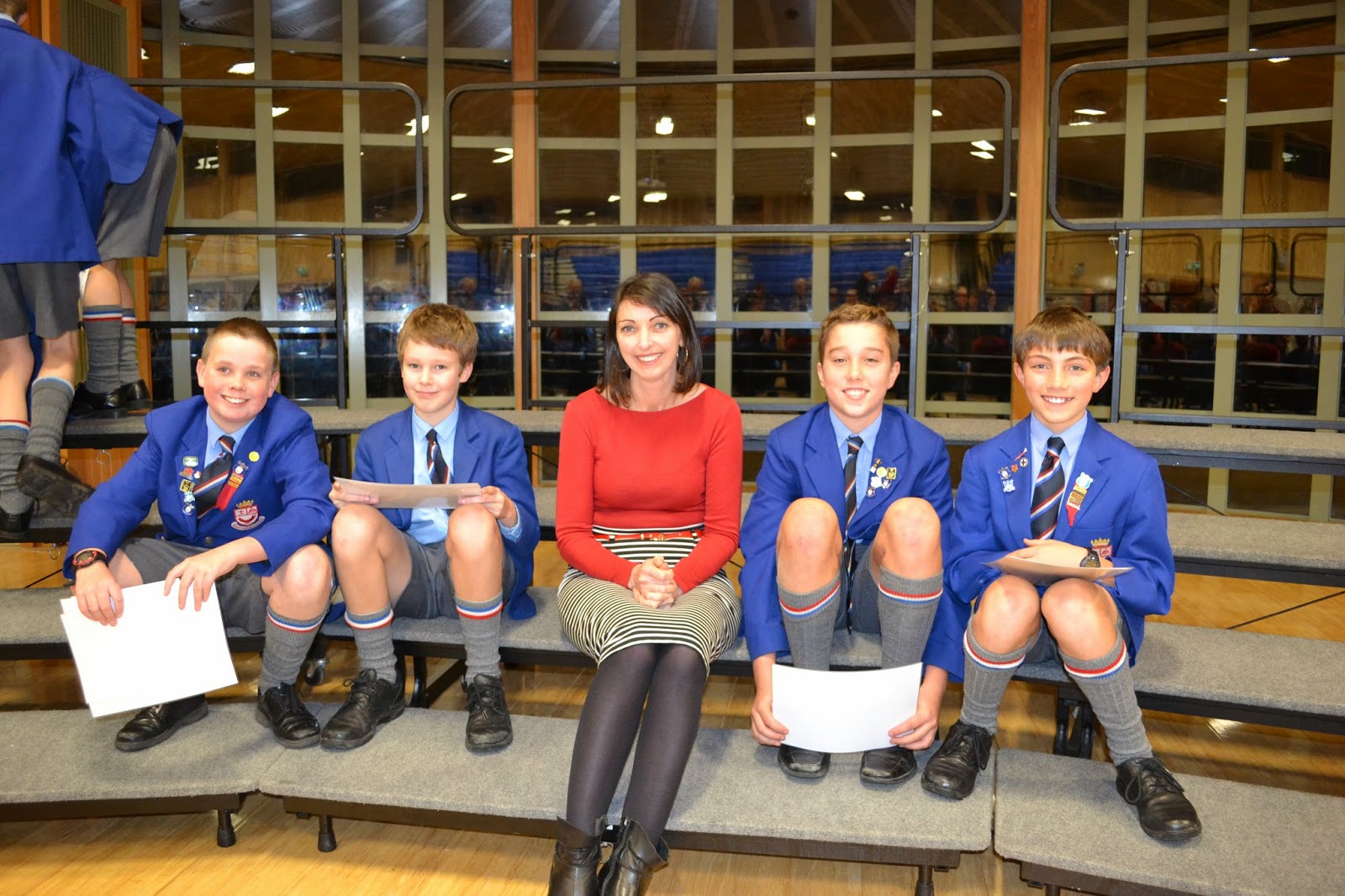 Megan with our winners. 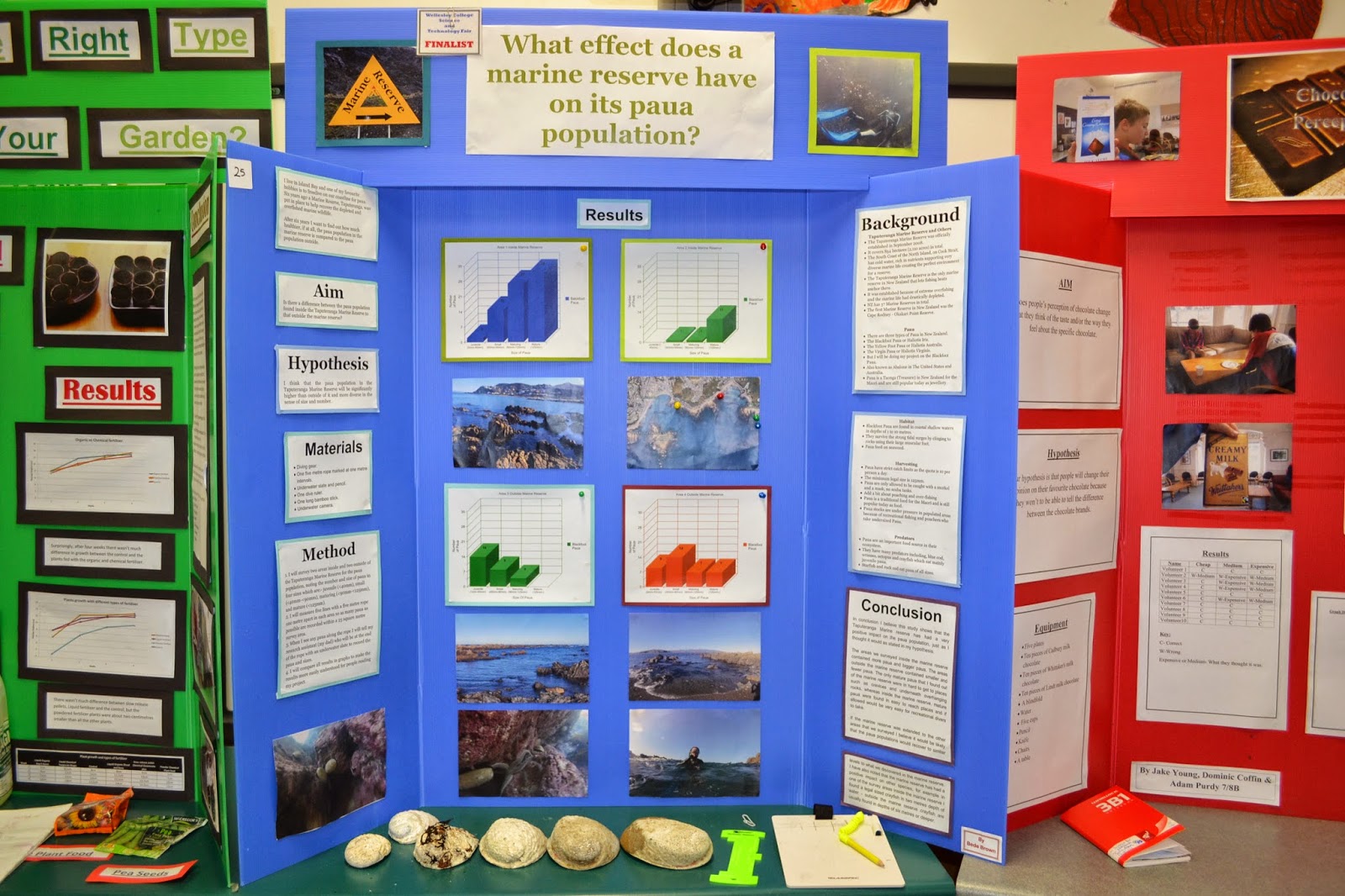 Posted by Wellesley Science and Technology at 15:35 No comments:

Other Interesting Technology and Science Sites